Students read two letters written by John C. Logan, a volunteer soldier from Kentucky who lost his life fighting for Texas during the revolution. They read a letter from December 1835 and infer a short portrait of Logan. Then they read a letter from February 1836 and take a stand whether or not Logan should be termed a hero.

Here are the teacher pack items for John C. Logan: Unsung Hero of the Texas Revolution:

In this experience, students read two letters written by John C. Logan, a volunteer soldier from Kentucky who lost his life fighting for Texas during the revolution. They read a letter from December 1835 and infer a short portrait of Logan. Then they read a letter from February 1836 and take a stand whether or not Logan should be termed a hero.

If your students have not yet learned about the Goliad massacre, we recommend that you assign the experience The Surrender of Goliad before assigning this experience.

In November 1835, a young man named John C. Logan left his home in Kentucky and set out for Texas. Logan was seeking adventure as a volunteer soldier in the fight for Texas independence and an opportunity to improve his fortunes. As Logan and other volunteers made their way south, Texas settlers were on the verge of full-scale revolution against the government of Mexico.

In the months following his arrival in Texas, Logan would travel the length of the settled areas. His letters to friends and relatives back home reflected his thoughts and feelings about Texas as he and the other soldiers prepared to meet the Mexican army. Logan also experienced the hardships of a common soldier and would ultimately meet his fate at Goliad, one of 342 men massacred on orders from Santa Anna. His story would have ended there had his personal letters not been discovered at the Texas General Land Office. In this experience you will analyze two of Logan’s letters. 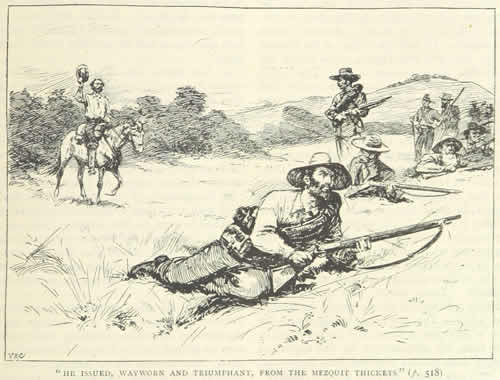 Who is your personal hero?

What qualities do you think make someone worthy of being called a hero?

Discuss student responses with the students. Their heroes may be someone famous—an athlete, a celebrity, a politician— or someone from their personal life—a family member, a religious leader, or an educator.

End of Preview
The Complete List of Learning Experiences in Texas Revolution Unit.

The Constitution of the Republic of Texas

The Constitutional Convention of 1836

The Battle of the Alamo

Sources of the Texas Revolution

The Surrender of Goliad

The Battle of San Jacinto and Treaties of Velasco

The First Texas Government
Would you like to preview the rest of this learning experience, and get access to the entire functioning Texas History MS course for your classroom? Sign up using your school email address below.